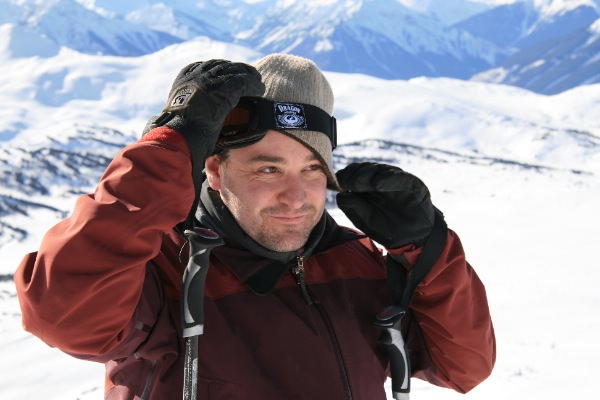 It was 2002, the year the “Internet bubble” burst and Phil had just about had his fill.

"All I can remember was being tired and bored, I was supposed to care about haemorrhaging cash as prices bottomed out but I didn't…"

So Phil took full advantage of a round of voluntary redundancy, left his desk at a global US investment bank in London, sold his flat and took a flight to Calgary in Canada.

The next four months were spent road-tripping around Alberta and British Columbia checking in at cheap hostels and checking out some incredible ski hills; Banff, Lake Louise, Kicking Horse, Big White and Whistler. "I hadn't made any firm plans but it was January in Canada, I had my skis and a few quid in the bank - a recipe for a good time for sure!"

At the end of the season Phil booked on to a CSIA Level 1 exam to become a certified ski instructor and gained a qualification that would indirectly change his life: "To my complete astonishment I passed! And that got me thinking…"

On his reluctant return to the UK in May 2003, Phil started researching the possibility of organising similar experiences for groups of people from the UK. "At the time, there were two or three companies offering ski instructor training in Canada but the prices seemed exorbitant to me. Some back-o-fag-pack maths quickly revealed I could offer trips considerably cheaper than the market. And so SnowSkool was born!"

From that moment, the business began to rapidly expand but more structure was eventually needed and that's where Phil’s elder brother Steve came in in 2010. Steve had worked for almost a decade as a consultant at a leading strategy consulting firm, interrupted by a year spent at the University of Cambridge gaining an MBA, and was able to bring necessary structure and experience.

Since joining, Steve has streamlined the running of the company and assumed all general management duties giving Phil the time to focus on developing the business.  "I am the first to say that, unlike Phil, I could never start a business but Phil and I both felt that SnowSkool lacked the systems and processes to be able to fulfil its potential and achieve the scale he desired."

With the two brothers at the helm, SnowSkool has become the clear market leader and helps hundreds of aspiring students each year to become snowboard or ski instructors. SnowSkool now operates ski instructor courses  and snowboard instructor courses in two resorts in Canada (Banff & Big White), the Three Valleys in France, Big Sky in Montana and Treble Cone in New Zealand, with passenger numbers exceeding 200 per year.

"Running SnowSkool is so far from how I expected my life to pan out but, now that I am 35 years old, I sometimes wonder how life could have been if I had carried on trading. I shudder to think!"

Article originally printed in Herald Scotland and can be found here.