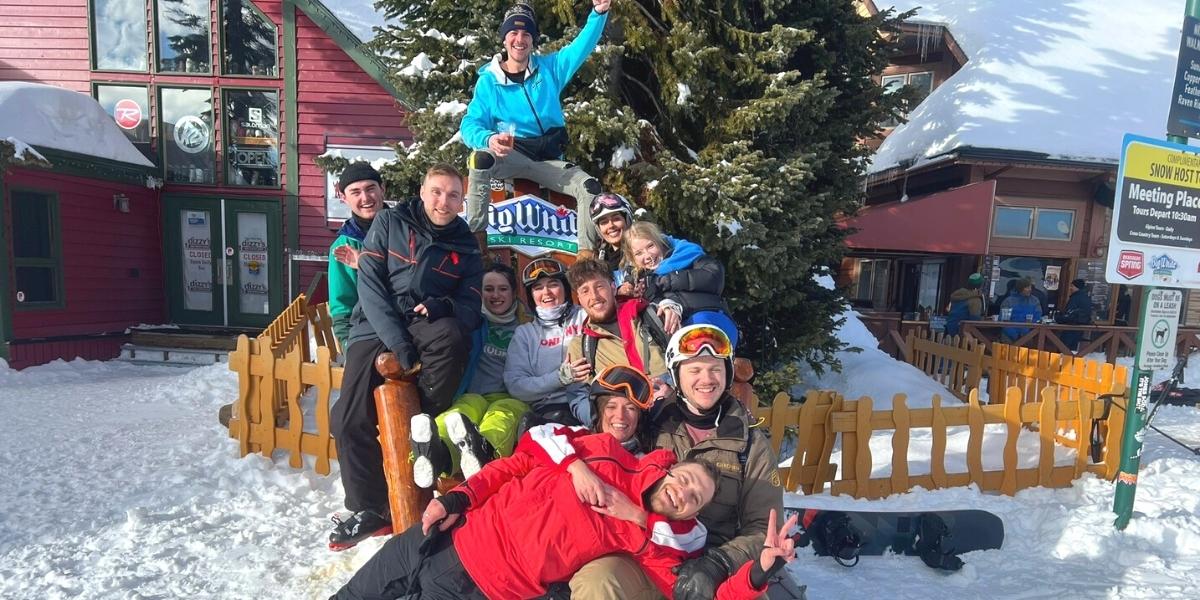 It was the final week of SnowSkool Big White 2022! That being said, only five people are actually heading home on Monday – most people are continuing their adventure around Canada.

✏️   This week was the last big group of exams and saw a 100% pass rate!! The crew went to Bullwheel to celebrate. (Tori and Jean-Luc are doing their final exam as we speak and will be done at the end of the week)

✏️   As a newly qualified Level-2 instructor, Olly has been giving Holly snowboarding tips and she hugely improved in a day. The proof’s in the pudding!

✏️   Previously, Joel and Andrew also did some practice teaching on guinea pig Holly and Jonathan, with the help of Chee and Victoria (some of Big White’s instructors) who helped out despite it being their days off. <3 Legends.

✏️   The SnowSkoolers enjoyed a big group meal on Saturday at Gunbarrel with some of the instructors. We gave out prizes including:

✏️   The gang at Whitefoot hosted a chilled afterparty.

✏️   We’re delighted to report that Georgie C, Darren, Jake, Joel, Ben, Henry and Georgie M won first place on the quiz at Sam’s! The team decided to spend their $100 winnings all on shots…

✏️   We were sorry to see Darren leave a little early on 18th, and Hannah and Tom left on Saturday together. Hannah is heading to Vancouver and Tom is off to Whistler.

✏️   The SnowSkoolers were back at Sam’s for a big St Patricks Day party.

✏️   A load of people completed the ‘Lifty Challenge’. It’s a simple game where you must consume an alcoholic beverage on every lift… unsurprisingly the whole group ended up trollied, slithering around the slopes and Henry took a nap on the sofa!