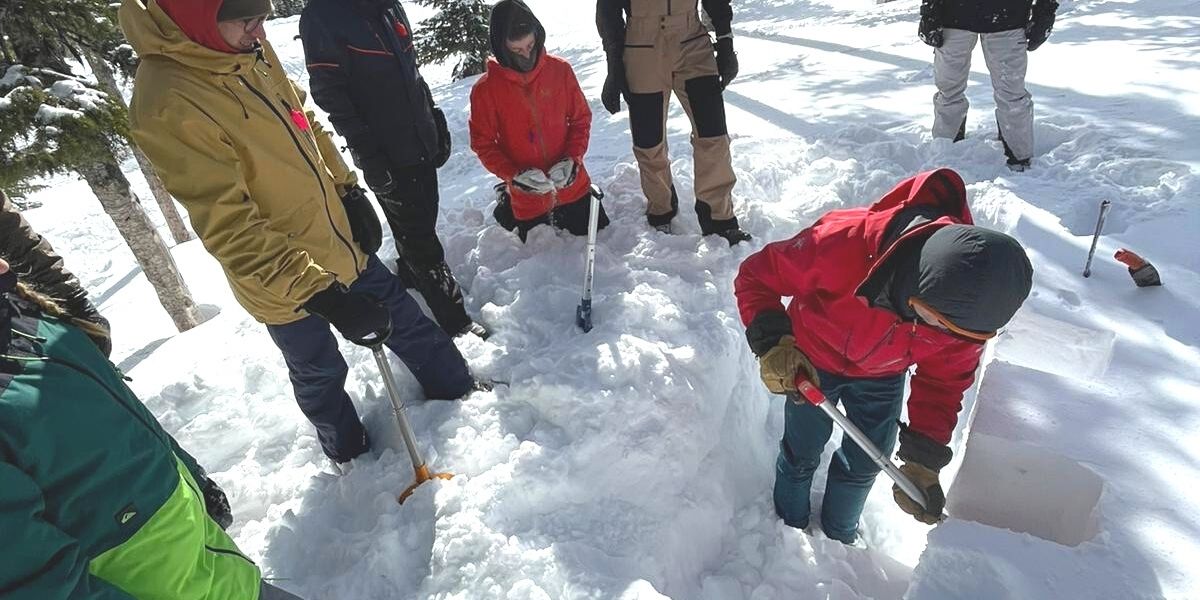 That said, there’s still tonnes happening up at Big White including avalanche certification, visitors from home, cross-country skiing and venturing to Revelstoke.

✏️  To accompany their instructing qualifications, lots of the SnowSkoolers took an avalanche safety course. After an intense period of focus, they treated themselves to a relaxing stint in the hot tub.

✏️  Less than relaxing is cross-country skiing which Hannah, Tom and Sean took on like champs. Nothing to make you feel less fit than trying to ski uphill…

✏️  Grace and Cam ventured beyond Big White and explored Revelstoke for the weekend. Future SnowSkool course at ‘Stokey anyone?!

✏️  We welcomed some fresh faces to Big White this week – Jonathan’s fiancé and Max’s girlfriend came to stay. It was Max’s birthday so the team celebrated accordingly!

✏️  Other nights out this week included a Sam’s-double: a meal and night out on Friday, and then another night there on Saturday – just for good measure!

✏️  Natasha, Andrew, Callum and Joel smashed the quiz night at Globe and won a bottle of wine too!