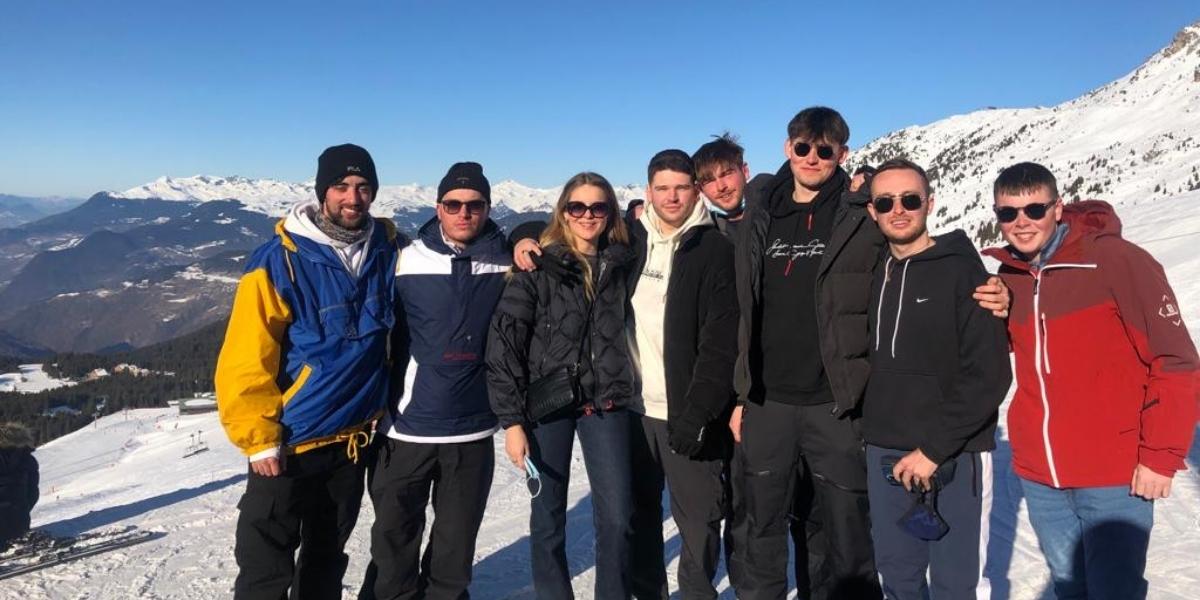 And just like that, week 11 is the final week of SnowSkool’s instructor course in France… a week of tears and beers!

✏️   Emily, Pete, Charlotte Hill, Luke and Libby kicked off the week with adrenaline and went parapenting. The SnowSkool group aprè’d at LDV and followed it up with a night out at Brewer’s Den.

✏️   Chalet Daurel hosted an awards night which was a hilarious (and mortifying) look back at the season. Award went out for: Best lookalikes, Early bird, Worst photo, Funniest video, Teacher’s pet, Best kept secret, Couch potato and Most ski time, among others. We’ve vowed to keep the results under wraps, but there were some very deserving winners.

✏️   Later in the week a little après at Ronnies turned into a huge night at Brewer’s Den! Certainly a bigger night than some people expected! Following this, the gang rested up ahead of Mottarave – a big rave up in Mottaret that finished at 7am!

✏️   Everyone revelled in one last après at LDV and final night out in Meribel. Special mention goes to Joe’s horrendous packing attempt at silly o’clock…

✏️   The bus arrived at 8.30am to take the SnowSkoolers to Geneva and a lot of squeezing of bags and skis ensued. Many tears were shed, but hopefully it’s a testament to the great time everyone’s had in the Three Valleys this gloriously sunny season.