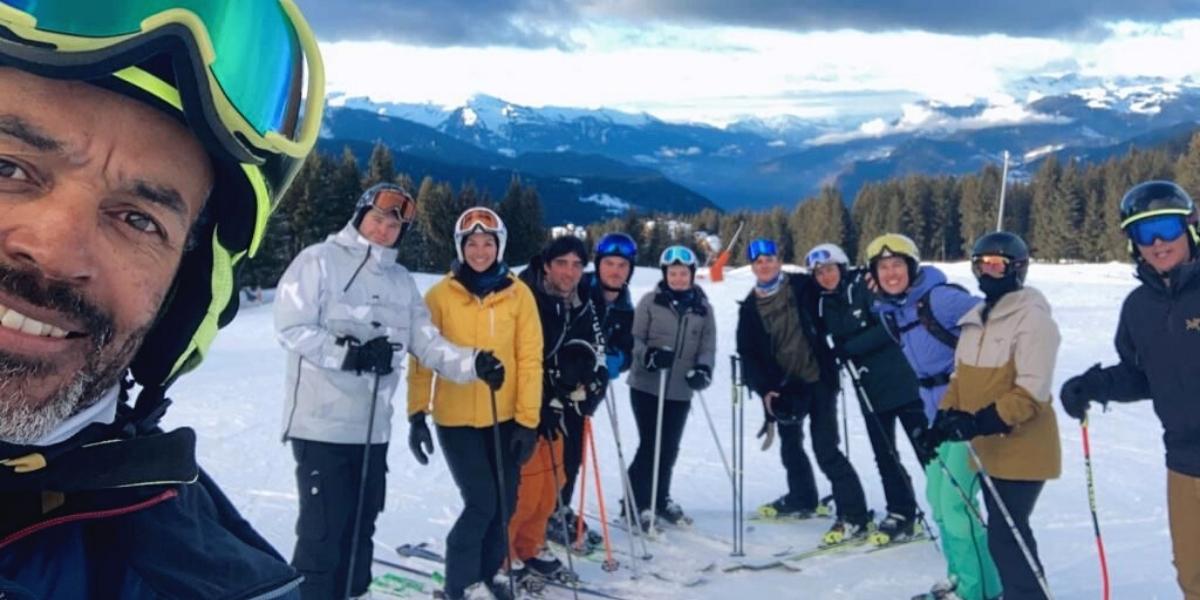 Level 1 week is here! BASI is a notoriously difficult qualification to pass (spoiler alert: everyone passed!!) In week three, yet again, the Three valleys treated us to blue skies and more perfect excuses to head to Folie for après…

✏️   Despite a few hiccups long the way, everyone smashed the Level 1.

✏️   We were also delighted to see the arrival of some fresh snow in the Three Valleys. This was a good omen for the Level 1 exams – which run over three days – and for other activities such as the First Aid courses that the group are doing. They’re running both on the slopes and in the chalets.

✏️   Not that we wanted to jinx it with the first aid courses… but Joe had a crash on the hill this week which left him with concussion. Liam got taken out by another skier, an absolute nightmare, and is left with a pulled ligament in his shoulder. Sending healing vibes and a speedy recovery to both of you!

✏️   This week was fairly light on extra-curricular activities and everyone was on best behaviour for the exams.

✏️   That being said we still managed to celebrate Harrison’s birthday appropriately – with shots at the pub!

✏️   Ben was also back buying bottles at Folie… he’s switched things up from champagne to toffee vodka though! Paul gets a special mention for his fashionable Folie appearance too.

✏️   We also have to mention the Six Nations. With France being this year’s favourites, we were left to celebrate/commiserate the various other nations as Scotland and Ireland flourished but Wales and England met defeat.