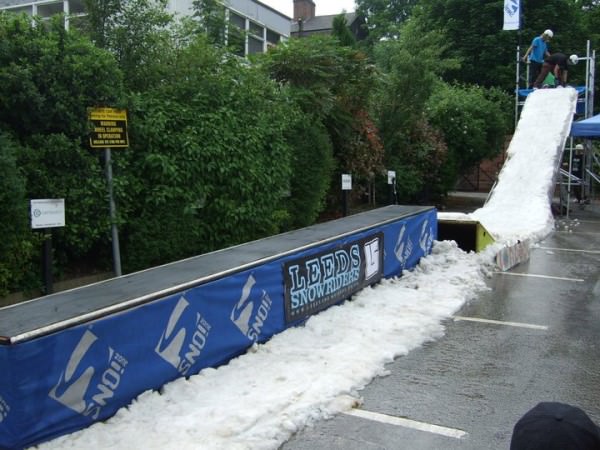 Having attended a snowboard instructor course with SnowSkool during my gap year, I enrolled at the University of Leeds and the first thing I did was to join the snowsports club. Just before my final year, in May 2009, I was elected President of the Leeds University Snowsports Club (Leeds Snowriders). The role of the club is to bring together like-minded individuals and to organise regular trips to the snow.

Sound easy? Little did I know what the following year would have in store for me!

It’s fair to say that I had underestimated how much time I would have to devote to the club. Running a club of over 1000 members is no walk in the park, especially when those members are students who are often drunk…and naked. Fortunately though I had a great committee working with me and we had a very successful year.

Over the course of the year it was great to see a substantial growth of the club. We took 300 students to Val d’Isère over the Christmas break and 430 students to Val Thorens at Easter (our biggest trip ever!). Throughout the year we also entered teams into the university race and freestyle competitions and organised numerous social events. This included the now infamous Snowriders ball, during which 250 students descended on a quaint hotel, drank far too much wine, had a cheesecake fight, and generally disgraced themselves - all in all a pretty successful night!

My personal highlight of the year was organising our end-of-year social, an event that saw over 600 people in attendance with live bands and DJs, a half pipe and skate demo in the grounds of the venue. To cap it all we organised a real snow rail jam – in the middle of June - complete with ski and snowboard demos from the likes of current European X Games bronze medallist skier James “Woodsy” Woods and GB snowboard legend Dom Harrington.

All in all my experience running the club was both extremely rewarding and challenging at the same time. It required the vast majority of my time when I wasn’t studying but as a result I made some amazing friends and gained some invaluable skills that I wouldn’t have been able to acquire elsewhere.

I would highly recommend getting involved with your university snowsports club. There’s always a very friendly, welcoming atmosphere and it’s a great way to meet people who share the same passion for everything snow related!