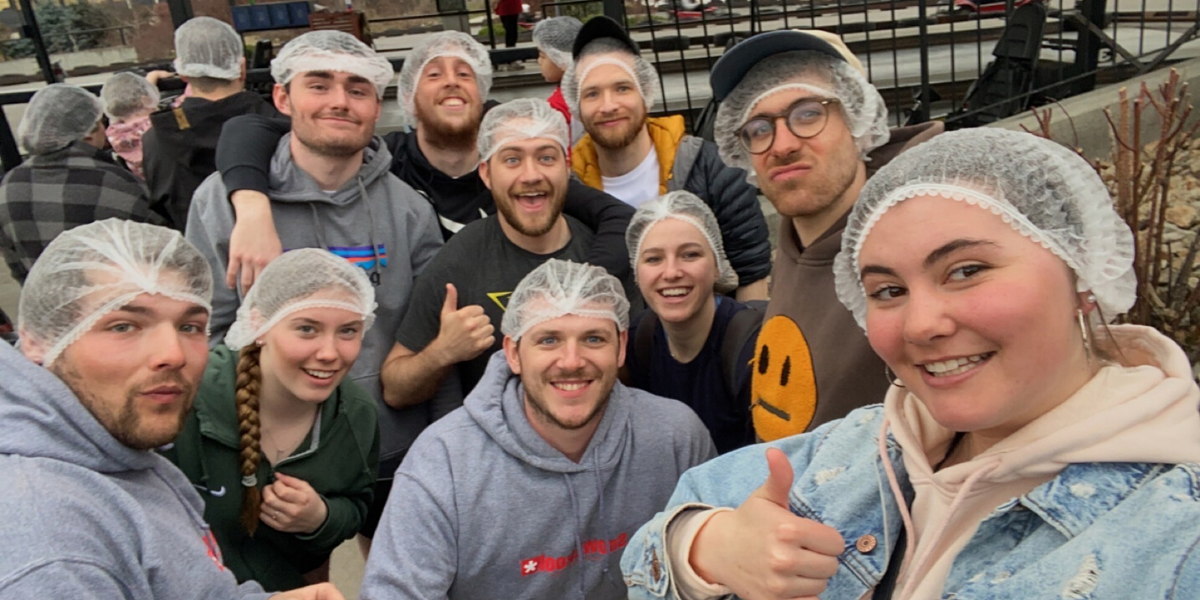 Week 11 saw the end of the course in Big White… we’re gutted it’s over but an amazing exam pass rate and lots of people sticking around softens the blow.

✏️   Tori and Jean-Luc successfully passed their Level 2 ski exams, then Joel and Andrew re-took the ‘teach’ element of their meaning the ski course in Big White this year saw a 100% pass rate!!! Well done all for all your hard work and smashing it!

✏️   Olly and Calum have been continuing to teach snowboarding to Holly and Joel and they improved massively. Last week they could hardly get down a green, but we’ve seen them linking turns and cruising the blues. This teacher training does do something then!

✏️   We had some visitors this week – Andrew’s uncle was over for a couple of days and bought dinner for everyone before Andrew left on Sunday. What a legend!

✏️   Carey’s girlfriend also spent a few days in Big White before they left on the Saturday. Everyone was a little bit devo as Carey’s been the mother-figure at Powder Ridge (how they’ll feed themselves and survive without her we’re not actually sure!).
✏️   Another mega trip to Kelowna went down. The group headed back to their beloved Laser Tag and enjoyed SIX games throughout the day… we kid you not!! They also let their competitive spirits run free at the arcade and on the go-kart track. Everyone indulged in pancakes for breakfast at IHOP and then a much-missed McDonalds to keep things really balanced. (Well-deserved tbf)

✏️   A night out in Sam’s was on the cards to have a proper send off and say goodbyes. The group played lots of pool and the arcade games there.

✏️   Not everyone’s disappeared – a few that are staying in town have moved up to the hostel together to enjoy more time in Biggie!