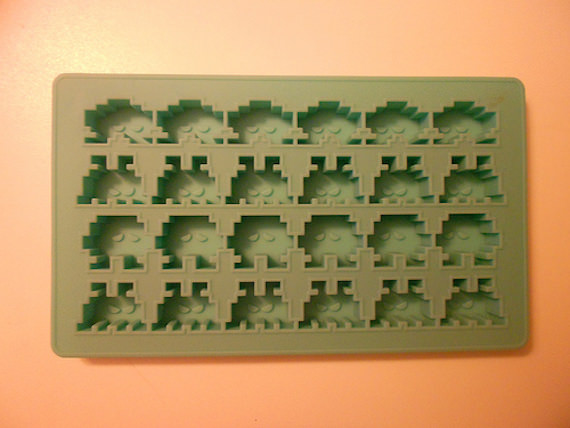 At Snowskool we love snow, obviously, and we’re also partial to a snow level. But while snow levels can be great fun – they can also be ruinous to the mind, leading to levels of frustration that can only be fixed by years of therapy or smashing one’s gamepad to smithereens.

Here are five of our least favourite retro snow levels – from before the year 2000.

Mario Kart 64’s one of the best Mario Karts in our view – and it still plays well. There are some classic circuits in the game, like Wario Stadium and Yoshi Valley, but this track’s not one of them.

The problem is, penguins. The layout is littered with giant blue penguins that wander around like they’ve just taken a breakdown-strength-dose of psychedelics and they get in the way of the racing as they stagger about. They can even send you skidding into the lake that you’re racing around – where you have to be retrieved to the track, several places worse off and in desperate need of a lightning power-up.

One of the best things about Mario Kart is the jaunty sense of freedom and fun that you get while zipping through cartoon landscapes at speed - and this track’s staccato stop-starting sucks the enjoyment out of the racing.

Mega Man games followed the same general formula again and again, but Capcom were clearly exhausted and completely out of ideas by Mega Man 6 otherwise they wouldn’t have A) designed a stereotypical ice stage and B) made the boss a cross-country skier in a beanie hat.

One of the only interesting things about this level is that the mid-level boss is a robotic squid but otherwise the stage is all the bad things that an ice level can be – boring, cold, uninteresting, and full of tributes to Canadian sports.

At the end, Blizzard man appears on skis, starts attacking you with snowflakes and confirms how bad you thought the level was.

Final Fantasy VII, a legendary game that sold the PlayStation and introduced the role-playing genre to the non-Japanese masses.

Where to begin about this game’s qualities; a great story, epic length, memorable moments, many twists and turns – for all of these reasons a lot of people, including some of Snowskool, get very nostalgic for Final Fantasy VII – but this level’s never one of these reasons.

Just watch the video to see why: it looks like one of the Atari Jaguar’s worst titles – there are balloons everywhere and… surf music is playing.

This level does just that: it plays but also feels bleak and claustrophobic – and it just isn’t fun. The tight, narrow corridors are boring to swim along and they slow the gameplay down to the speed of a Pentium II processor.

The makers of Ecco were vicious and cruel people because the game starts with enjoyable open sections where you can leap and swim around to your snout’s content – so midway through the ice zone, when all has been taken away, it feels like time to get up, smash the control pad, and either phone the Samaritans or animal welfare.

This game hails from the 80s, when haircuts were spacious and games were extremely hard, or impossible. And Slalom is a grade-A example of the era’s tendency for tedious trial-and-error gameplay.

Mt Nasty is the most difficult section in a very punishing game. Not only do you have to avoid rocks, trees, and snowmen that rush past at speed - you also have to contend with a gang of skiers in cream-coloured 80s ski-gear.

The only way to get good is to keep on playing relentlessly and repeatedly until you’ve mastered its tracks and worked out where the obstacles are.

It’s not time well spent. But In the game’s defence, the development team Rare did manage to get every last ounce of power from the NES’s humble 1.79 MHz processor – and they did go on to work on one of our favourite ever snow levels: Surface, from Goldeneye.