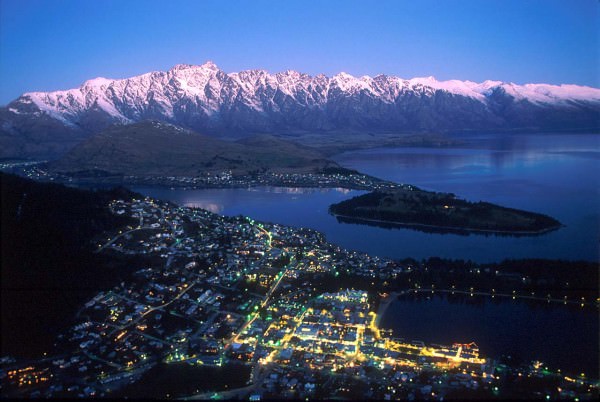 Whilst us Brits are whiling away the summer months drinking Pimms and pruning our prize roses, the Kiwis are gearing up for the ski season. Across its two imaginatively-named islands (the North Island and the South Island), New Zealand plays host to the best ski hills in the southern hemisphere and therefore the best skiing in the world… between the months of June and October! They’re called skifields over here though, lest you forget!

Skiing on the North Island of New Zealand

It’s not a huge country and all you need to enjoy it is a camper van, a map and a pair of skis. On the North Island, you’ll be skiing on the side of an active volcano – Mount Ruapehu. The skifields of Turoa & Whakapapa both cling to the southern slopes of the mountain and are joined by a traversable path, making Ruapehu the largest ski resort in the southern hemisphere with an enviable 2600 acres of skiable terrain. The riding’s good – over 2100 ft of vertical with great natural terrain with some steep chutes and drop-offs and the slopes at Turoa  has some challenging off-piste. The resort is pretty exposed to the elements and can often close down for a few days but the spring skiing (mid-September) is supposed to be the country’s best.

Skiing on the South Island of New Zealand

A short ferry ride and you’ll dock on the south island. The first skifield you’ll encounter is Craigieburn Valley located in NZ’s Southern Alps. Along with Broken River and Mount Cheeseman, Craigieburn makes up a triumvirate of club fields with a reputation for providing tough, no-nonsense skiing terrain and not a lot else. A country club, this is not but very cheap skiing, it is. There is not a lot at Craigieburn for beginners but the infamous 600m vertical descent of Middle Basin is often compared to a heli-ski experience…minus the helicopter. So, a ski experience! Drive an hour south of Craigieburn and you’ll hit Mount Hutt, my favourite of the three resorts operated by NZSki. Yes, the unpredictable weather has resulted in the rather unfair sobriquet of “Mount Shut” but this is NZ’s high country skiing (breathtaking views over the Canterbury plains and out to the Pacific Ocean) and it has a good vertical descent - just short of 2000ft. The South Face and Rakaia Chutes are where it’s at…275 acres of steep skiing that will keep you challenged. Next stop towards Antartica is Mount Dobson whose headline claim is that it the skifield with NZ’s highest car park! The best of the skiing here involves unclipping and hiking above the lift-line where you will actually find some very good snow.

If you’re in a rush to get down to the skifields around Queenstown and Wanaka, you may be forgiven for bypassing Roundhill. But you’d be missing out! Roundhill was always a nice local hill with skiing ideal for beginners and families but in 2010 a new super-long rope tow was built and in one move, Roundhill went from offering 150 acres of skiable terrain to offering 1250 acres of skiable terrain and 2600 ft of vertical descent making it one of the largest skifields in NZ and boasting the largest vertical in Australasia. The new terrain consists of a big face that’s very wide, very long and very steep. Thank you very much! Nearby Ohau (meaning the “windy place”) has not undergone a similar transformation and is still a relatively small hill at 350 acres but it’s good fun, there’s some nice terrain (80% intermediate and advanced) and the view over turquoise Lake Ohau is worth the trip in itself.

The best skiing in New Zealand

The skifields accessed from Queenstown and Wanaka are, without doubt, where it’s at in New Zealand. Queenstown is renowned as the adrenaline capital of the world and has an après scene to match. From this staging point, NZ’s most popular resort and the second operated by NZSki, Coronet Peak, is just twenty minutes away. It’s a good mountain for tootling about and has some nice, wide cruisers but don’t unpack your powder skis, the resort gets just 6.5ft of snow in the average winter! Overall the resort’s efficient lift system, quality grooming and extensive snow-make up for the lack of natural attributes and should provide a good day on the slopes. NZSki third resort is called The Remarkables – you will probably have seen the photos before you have skied the hill. The jagged peaks which seem to rise directly from the shore of Lake Wakatipu are some of the most photographed mountains in the world. It’s not a big ski area but has got a fantastic and well-deserved reputation amongst freestylers with multiple terrain parks and the new Burton Stash park.

Fighting for Wanaka and winning the hearts (and dollars) of New Zealand freestyle riders is Snow Park. Not strictly a ski resort, more a dedicated, 60 acre freestyle terrain park. Snow Park attracts the brightest and the best from the freestyle world and plays host to many world class competitions. Despite this pedigree, skiers and snowboarders can throw themselves about and slide the most obscure rails in a very typically laid-back Kiwi atmosphere and to the sounds of tunes busted out from loud speakers throughout the resort.

On the other side of Wanaka is the resort of TC, as the locals acronymise. TC officially stands for Treble Cone but also stands for New Zealand’s best terrain. It is the largest resort on the South Island with 1350 acres of terrain, 45% of which is classed as advanced or expert and a higher proportion of black runs than any other resort in NZ. It boasts 2200 ft of vertical and gets hammered by 15ft of snow in an average winter – another “best of” for New Zealand. To cap it all, the views of Lake Wanaka from the top of Treble Cone are second-to-none. Just around the lake and on the road out of Wanaka is the resort of Cardrona. Cardies is a real all-rounder – it may not have the freestyle facilities of Snow Park or the gnarly terrain of TC but, in fairness, it has better freestyle facilities than TC and better terrain than Snow Park! So if you’re looking for something in between, look no further. It’s a great mountain for beginners/ intermediates and you can find some tougher stuff (check out Arcadia Chutes) if you look hard enough.

Train to become a ski instructor in New Zealand

Train to become a snowboard instructor in New Zealand