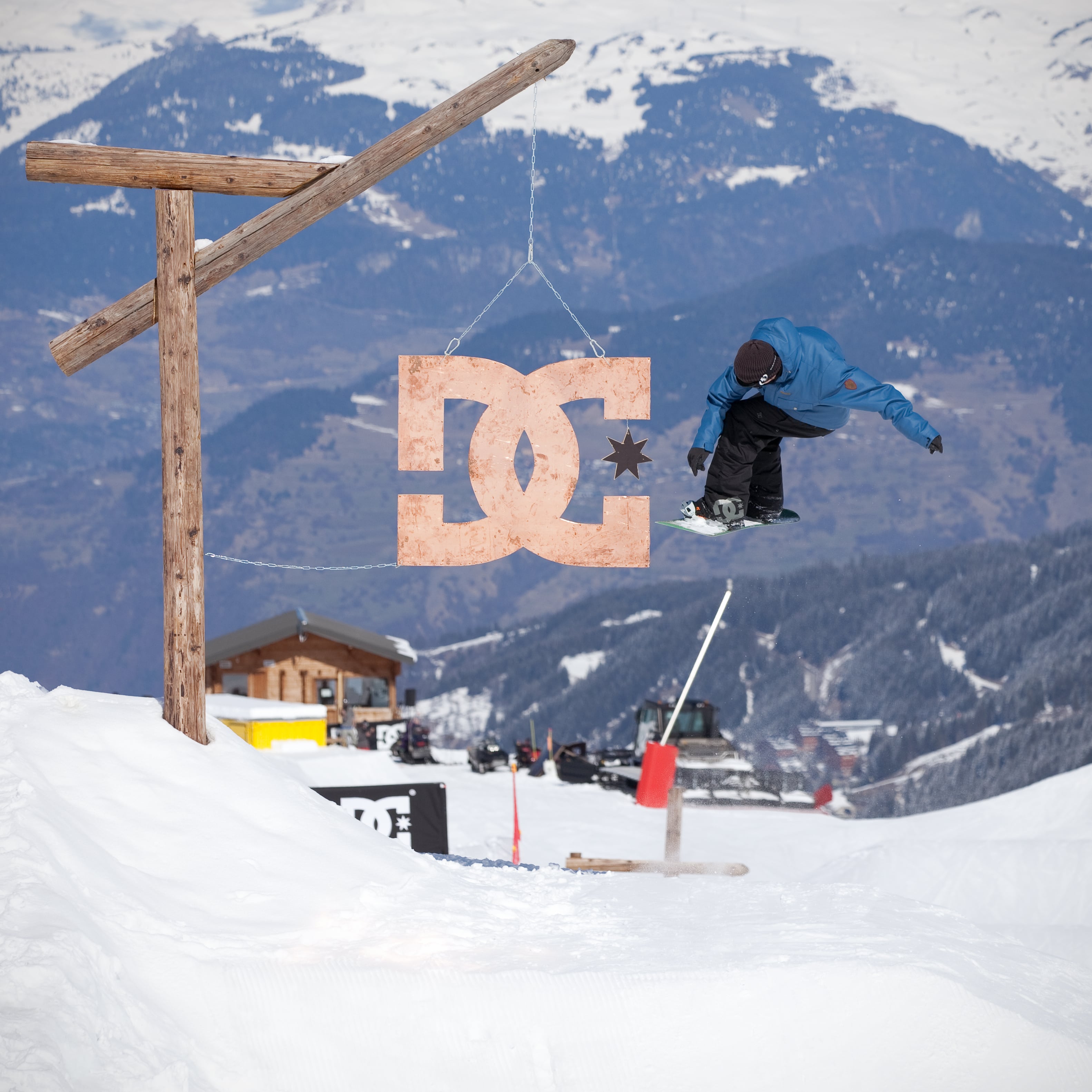 In the Three Valleys, there are four main terrain parks as well as a number of fun zones.

The Elements Park in Méribel is a beginner park created for families and it has four separate areas named after, you guessed it, the four elements of nature.

EARTH
This mini-zone is ideal for the kids with revolving foam characters, wide boxes and easy jumps

FIRE
At the end of the Whoops Line, carry on down the blue-level “Funslope” with turns, beginner jumps, rollers and more of those fun foam-filled characters to spin

WATER
Stepping it up a little, this boarder-cross circuit is ideal for those comfortable on red runs (and above). Features include banked turns, intermediate jumps and boxes

One fine recent addition to the Elements Park is the video cameras that can record your ride through the Park. Weirdly too, they are free-of-charge and simple to use! Just swipe your lift pass over the camera’s sensor, wait til the fourth beep and then start shredding. Swipe again at the bottom of the park and you can watch it online or download it!

Located at an altitude of 2400m and surrounded by snow cannons (as well as the same video set-up as described in the Elements Park to record your rides), the DC Area 43 Snowpark is probably the most snow-sure terrain park in the world...and a bunch of soft snow is super-welcome when landing the kind of tricks some of the kids on our snowboard instructor courses can stomp!

It’s 90 000 square metres are packed full of features; for the Pros, there is a 22ft super-pipe, a boarder-cross circuit that can be dialled up to competition standard and line after line of XL kickers, spines and some of the biggest booters in Europe! For the Rookies, there are over 250m of rails & boxes and some lovely S and M table tops and rollers to practice your first tricks!

Also known as the Plattieres Park, it measures a phenomenal 1.2km in length and has been described by Onboardmag as “one of the finest terrain parks in France, if not Europe”.

Located to the side of the Verdons piste just above Courchevel 1850, the Family Park is in a stunning setting with the jagged peaks and the Saulire cable car transporting skiers up and down in the background. The Park seems to get bigger and better every year, there are plenty of features in play for beginner skiers & riders – a super-mellow skier-cross circuit with some nice turns and gentle rollers, a speed gun for testing out your mettle and some Small jumps and wide boxes.

Running parallel on the steeper side of the Family Park is the “Big Air” section where the shredders can get their game face on by hitting some Large and XL kickers as well as the quarter pipe and some super-nice rails and boxes.

At the bottom of the Park, there is also an Airbag if you fancy trying out that first back-flip but fear landing on your noggin!

Located on the Plateaux sector and facing down onto the centre of Val Thorens, the VT Snowpark was previously the largest freestyle park in The Three Valleys until DC Area 43 expanded its footprint in the neighbouring valley. With 70000 square metres of snow-space, it still packs a mighty punch and has some fantastic features that are colour-coded (green to black) according to their level of difficulty!

The Park has five zones; a boardercross circuit stretching to 800 metres, three freestyle zones (beginner, intermediate and expert) and a “Jump'Air” where you can throw down all sorts of tricks safe in the knowledge that you will land on a shock absorbing stunt man’s mattress!

Throughout the Snow Park, there are further features including “Whoops” (a succession of rollers), raised bends, a wall-ride, a hand-rail and a small half-pipe. And there is also a Big AirBag situated next to the Le Roc drag lift.

Fine-tunin’: How to look after your Skis & Snowboard. Previous Entry
What skis or board do I need for an instructor course? Previous Entry