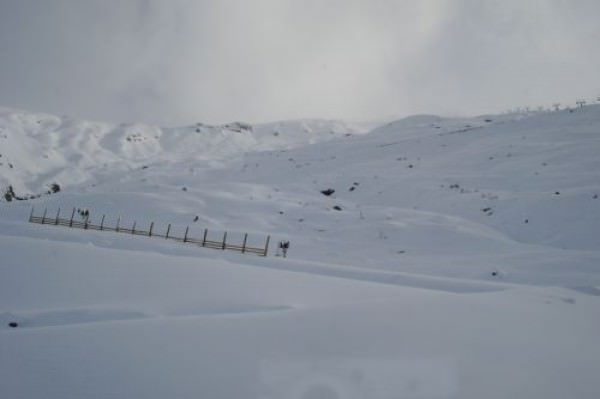 Adam here, SnowSkool’s rep over in Wanaka! We’ve had an awesome first few days out here so I’d probably better start from the beginning…

I arrived at Heathrow airport last Thursday where I met up with Adrian and Nick from SnowSkool head office. We headed up to departures to meet the growing crowd of excited SnowSkool students outside the Air New Zealand check-in. Once all the bags were checked in and everyone had their boarding cards in-hand we waved goodbye to Adrian and Nick and it was on to the duty-free! It was a great atmosphere with everyone getting to know each other and bonding quickly, aided of course by a couple of drinks in the airport bar! The only slight drama we had was a lost boarding pass but that was remedied quickly and everyone made it onto the flight safely.

The long journey over to Hong Kong flew by (excuse the pun) in a blur of excited conversation, some light snoozing, and a few drinks courtesy of the airline. From Hong Kong it was on to Christchurch and from there it was onto the bus transfer, another chance for the students to bond and pass the time getting to know each other a little bit more.

Upon arrival in Wanaka the students were moved straight into their luxury apartments, while myself and SnowSkool director, Phil, drove down to the local pizza joint to pick up an absolutely mammoth order for dinner. We then caught up with Tania, our early arrivals and SnowSkool’s Aussie contingent all over some delicious pizza!

On Sunday we headed up to Oak Ridge for a very informative presentation on injury prevention from the head physio of the NZ winter Olympic team. After this we headed down to BASE to meet the trainers and for the students to have another useful talk about purchasing the appropriate equipment for the course. Then it was into town for a bit of shopping and orientation before dinner. That night we headed to Amigos for a slap-up Mexican feast! Then it was early to bed in time for an early start for the students first day of their ski and snowboard instructor courses!

It was all worthwhile though, watching the sunrise over Lake Wanaka as we drove up the access road was an incredible experience, arguably the best start of season experience that I’ve ever had. The first day of training was no doubt tiring for our guys and girls, and although they were just working on some general ski and snowboard improvement and exploring the hill, it was still a long day!  We headed off to Café Fe for dinner and it was an early night once again to shake off the jet lag!

The second day of training was altogether a little more challenging, while the skiers worked on their one-footed skiing, the snowboarders experimented with all sorts of new techniques, stripping their skiing and riding right back to basics, which left everyone feeling satisfied that they’d already improved a lot in just two days! No rest for the wicked at the end of the day though, as we headed over to meet up with our partner trainers & students at the rookie academy for a video analysis session followed by a drink (or three!) in town.

It’s been a great first few days here in NZ and I can’t wait to see what the rest of the season has in store for us… whatever that may be stay tuned for regular updates from both myself and Tania!