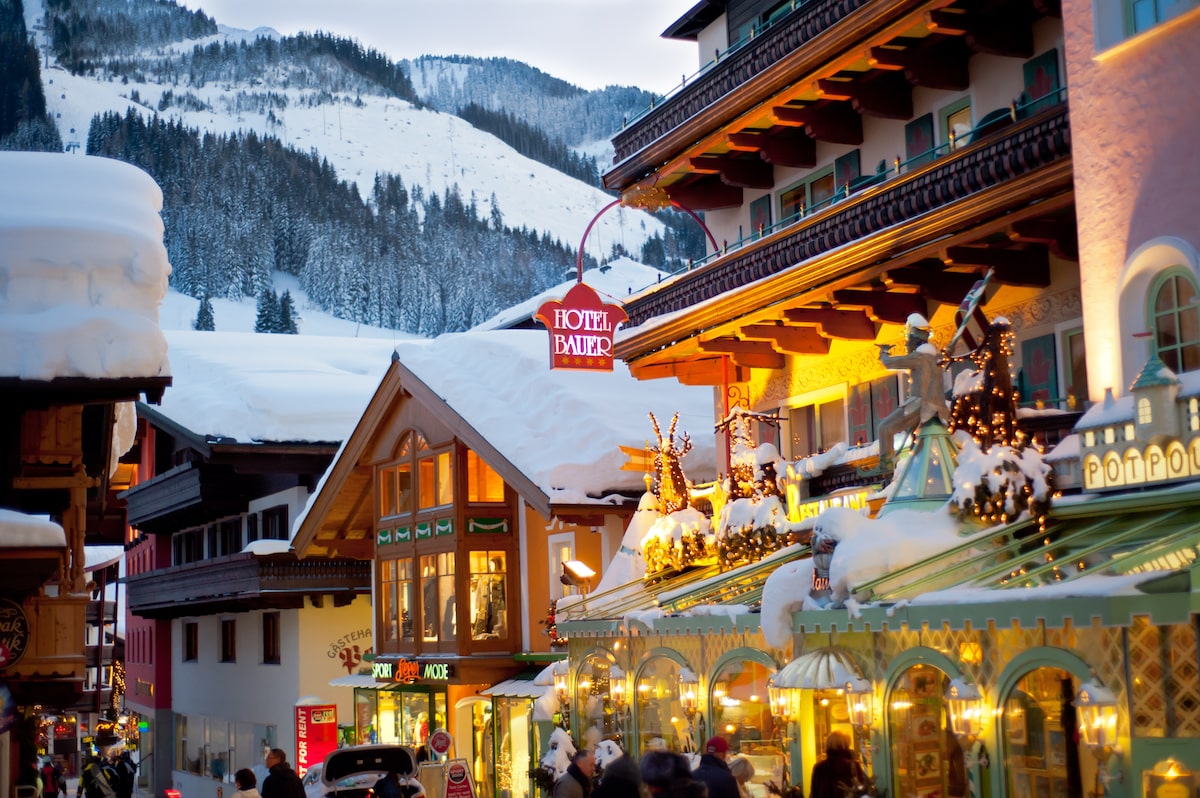 Austria is renowned for its awesome après, laid-back charm, and value for money compared to the glitzier resorts in France and Switzerland. It’s also home to some of Europe’s finest wintersports infrastructure and some of the most picturesque ski resorts you’ll ever see.

So no wonder skiing in Austria is so popular and all of the elements that make it so can be enjoyed by ski instructors, too. Which is why so many people want to work there, as well as go there on ski holidays.

But where to start with getting a job as a ski instructor in Austria? Let’s break the process down step by step.

Here is our 5-step guide on how to become a ski instructor in Austria:

1) Gain a recognised L2 qualification through a ski instructor course

The first step: you’ll need to gain at least a Level 2 ski instructor qualification that will be recognised by Austrian ski schools.

Austria, like other European countries, has its own native qualifications, where you move from the Anwärter then the Landes 1 / 2. However, SnowSkool offers three Level 2 qualifications to choose from that are also valid in Austria: BASI, CSIA, & NZSIA.

Our BASI Level 2 courses take place in Meribel, which is part of The Three Valleys in France, or if you want to go for the paid Internship route then you can choose our 17-week ski instructor internship course in Zell am See, Austria.

While, technically, all three are recognised in Austria, it’s the case that European qualifications can carry more weight in Europe. So the BASI qualification, which is always highly respected, could look a little more attractive than the other two.

But, like we said, all are valid and there are instructors who work in Austria coming from the CSIA or NZSIA systems, as well as BASI. In fact, here's an interview with an ex-SnowSkooler who now works in Zell am See after qualifying to CSIA Level 2.

- Note: if you want to work autonomously, outside of an Austrian ski school, then you’ll normally need higher qualifications. BASI Level 4 ISTD is advised (if qualifying under the BASI system).

Learning a second language is never the easiest thing for native English speakers. However, those aiming to become ski instructors in Austria (or indeed in Europe in general) should give it some serious thought.

A second language makes you a more attractive hire for the ski school. If you only speak English, you can only take on English-speaking guests. So the more languages you’re able to work proficiently with (this doesn’t have to mean native-level fluency!) then the more chance you’ve got of getting hired - especially in the competitive resorts.

German is the obvious choice but French is another good option because arguably it’s a little bit easier to learn than German and fewer French skiers (generally speaking) are so excellent at English. Austria is also popular with French skiers – and French would be needed to work in France in the future, which is where a lot of the money is.

Also, if you’re thinking ahead, a second language proficiency is a must (not just desirable) to achieve Level 3 and above. You might as well get started if you really want to develop your career as an instructor.

That all being said, popular resorts in Austria can and do frequently hire instructors who only speak English! So this is more of a desirable than obligatory step.

3) Get a European work visa (if you need one)

Once qualified, and ideally with a bit of second language skill, you’ll need to get your visa sorted to legally work in Austria.

For EU (or Schengen-area) citizens, which still includes the UK at the time of writing, freedom of movement is a great perk that means no visa’s needed – just get a job in Austria after qualifying, register as a resident, and turn up!

However, for Non-European citizens a visa will be needed to legally work as an instructor.

There are various visa routes. And requirements are different for each country and for each non-EU nationality applying, so do your research and plan in advance.  To find out more about the requirements for your country and the options available, please see here.

The working holiday visa may be your best bet if you’re under 30 and (fresh from qualifying) fairly inexperienced. New Zealand, South Korea, China, Taiwan, Hong Kong, Japan, Israel, Canada and Australia, are the non-EU nations covered the time of writing.

4) Job applications – send off as many as possible

Time to get that job! A key thought here is not to be too selective. If you’re too picky then you’re going to limit your chances. Even if you don’t land the ski school or resort you want to work in first time round, you can come back later with more experience.

Keep your options open – within reason, fire off those applications to as many places as possible!

And if you’re qualifying with SnowSkool you’ll get a lot of support and contacts to help you at this stage. Like a lot of careers, having the right support and network goes a long way.

5) Get through a phone interview:

The last stage: interviews – which can vary. Some resorts do carry out interview days to see you in action as well as meet you face-to-face. It’s a bit of an ask if you’re not in the country but if you can get there, go; showing up can be a way to get ahead and secure the job. However, in a lot of cases a job can be offered following a successful phone interview alone.

But get through the interview successfully and you’ve done it: You’ve become a ski instructor in Austria!

But, back to the beginning, if working as a ski instructor in Austria is your plan then you’ll need to get qualified to Level 2 first of all. Here are our upcoming courses that’ll do just that:

Also, see our article on ski instructor salaries for a quick overview of how Austria compares to the rest of the world when it comes to pay:

If you want to train in Austria itself, SnowSkool runs a course in Zell am See. Here's a little video to give a flavour of the place (appologies in advance it is slightly cringey!):