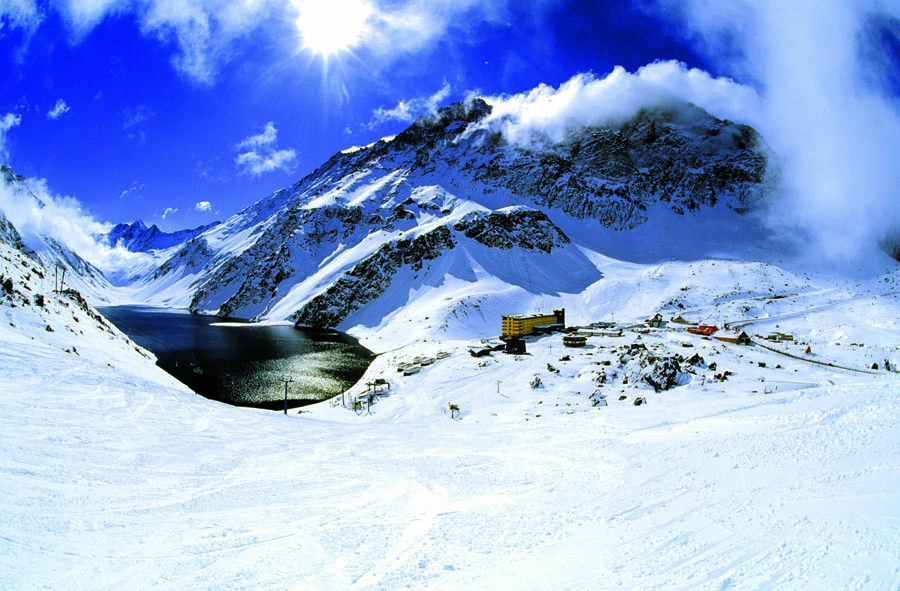 Chile may not be at the top of the list when it comes to the most popular countries to work in as an instructor. There’s definitely a lack of resorts and infrastructure when compared to countries in the Northern Hemisphere.

However, with a high average salary (particular when compared to North America), great snow, quieter slopes, and with the growing interest in emerging ski resorts around the world, the popularity towards skiing in Chile (and also Argentina) is increasing and so is the number of instructors looking for jobs there.

So, here is our guide on how to become an instructor in South America, in 5-steps:

1. Gain an internationally-recognised Level 3 qualification via a Ski Instructor Course

This, as you can imagine, is a crucial factor in your planning. In order to work overseas you need to hold an internationally recognised qualification L3 qualification that will allow you to work in Chile.

Which qualification generally does not matter too much, as most are widely recognised to a similar degree. However, word has it that that Chilean resorts do have a preference for European qualifications due to their more demanding training and examination structure. Non-European qualifications will still be accepted but they will typically have to be backed with multiple seasons’ work experience (and references) to show the applicants’ experience and skills.

Now while our ski instructor courses will only get you to Level 2, this will start you along the path to Level 3.

You can gain your CSIA Level 2 in Big White or Banff in Canada. Your BASI Level 2 in The Three Valleys France - or your NZSIA Level 2 in Cardrona New Zealand. All of these governing body qualifications are recognised in Chile and have higher levels that you can progress to, in order to further your career and work in Chile.

We all know that English is the most widely spoken language in the world and there is an assumption that this language alone will get us by. Normally, yes, but not so much in this case! In Chile, 90% of the clientele are from Chile and Argentina. In other words, South American countries where the native language is Spanish. So, if you do not have fluent language skills in English and Spanish, your likelihood of a job offer plummets!

Our recommendation: Do yourself a massive favour, and get your head stuck into Spanish! You can get a head start with fun apps like DuoLingo, Babbel and MindSnacks, and even though it might sound a bit daunting, Spanish is one of the easier languages from English. And remember, you wouldn’t have to be natively fluent to find work but the more you can learn the better.

2. Apply for jobs in as many resorts as possible

Time to apply for jobs. Resorts such as Valle Nevado, Portillo, La Parva, El Colorado, Corralco, Nevados de Chillan and Pucon will be great places to start. Now even if Chile is top of your list, depending on your qualifications or your experience, you might not get there first time round. So, don’t limit your options. Apply widely so you’ve got the best chance of getting an interview somewhere. There are many jobs in other countries in the Southern Hemisphere to apply for if you want to secure a job. This includes Argentina and countries outside of South America, such as Australia and New Zealand (where you don’t have the pesky Spanish-language requirements).

See our separate guides on becoming a ski instructor in Australia and New Zealand for more information on the process in those countries.

After a successful application you’ll hopefully be preparing for an interview. If you have the time, and the eagerness to head out to South America, turning up and trying to get an interview face-to-face can go a long way, especially if you are weak in Spanish but want to show-off your other strengths. Face-to-face is obviously great but it’s hardly realistic for the vast majority who don’t want to commit to the time and expense of traveling to the depths of South America with no guarantee of a job. In which case, you need to nail this phone interview.

We will come onto visas next but it is worth mentioning here that for most nationalities, you are going to need the ski school to sponsor you to get a visa. Make sure you have your interview notes well planned out and have plenty of research done to ensure you get the best opportunity to sell yourself to the interviewer. You’ll only get one shot.

Most visitors who want to work in Chile require a working visa and it is a legal requirement for all working visas to be sponsored by a company. It is important to note that if a company tells you that you don’t need a work visa, they are breaking the law. This is reportedly often an issue with language schools and, if caught without an appropriate working visa, you could face deportation. So don’t risk it!

This affords some opportunity to work. However, other nationalities will need to be sponsored through their employer, which would be the ski school. This means that for a lot of applicants a job and sponsored visa will come together, on behalf of the ski school.

Depending on your country of origin, many visa applications will require an accompanying police/investigative bureau background check, which can take a significant amount of time to arrange. So, be prepared and start the background check process as early as possible.

Further information on the exact visa categories and immigration requirements can be found on Chile’s Interior Ministry website (available in English at www.extranjeria.gob.cl/ingles/).

5. If successful, receive and accept a job offer!

So, if you had a successful interview, your experience shining through and a sponsored visa coming your way, then there is nothing left to say except congratulations!

So if working as a ski instructor out in Chile or even Argentina is high on your list then a SnowSkool Instructor course is the first step to making that a reality. After that, the ball is in your court to push up to the next Level.

Get started with our Level 2 ski and snowboard instructor courses: