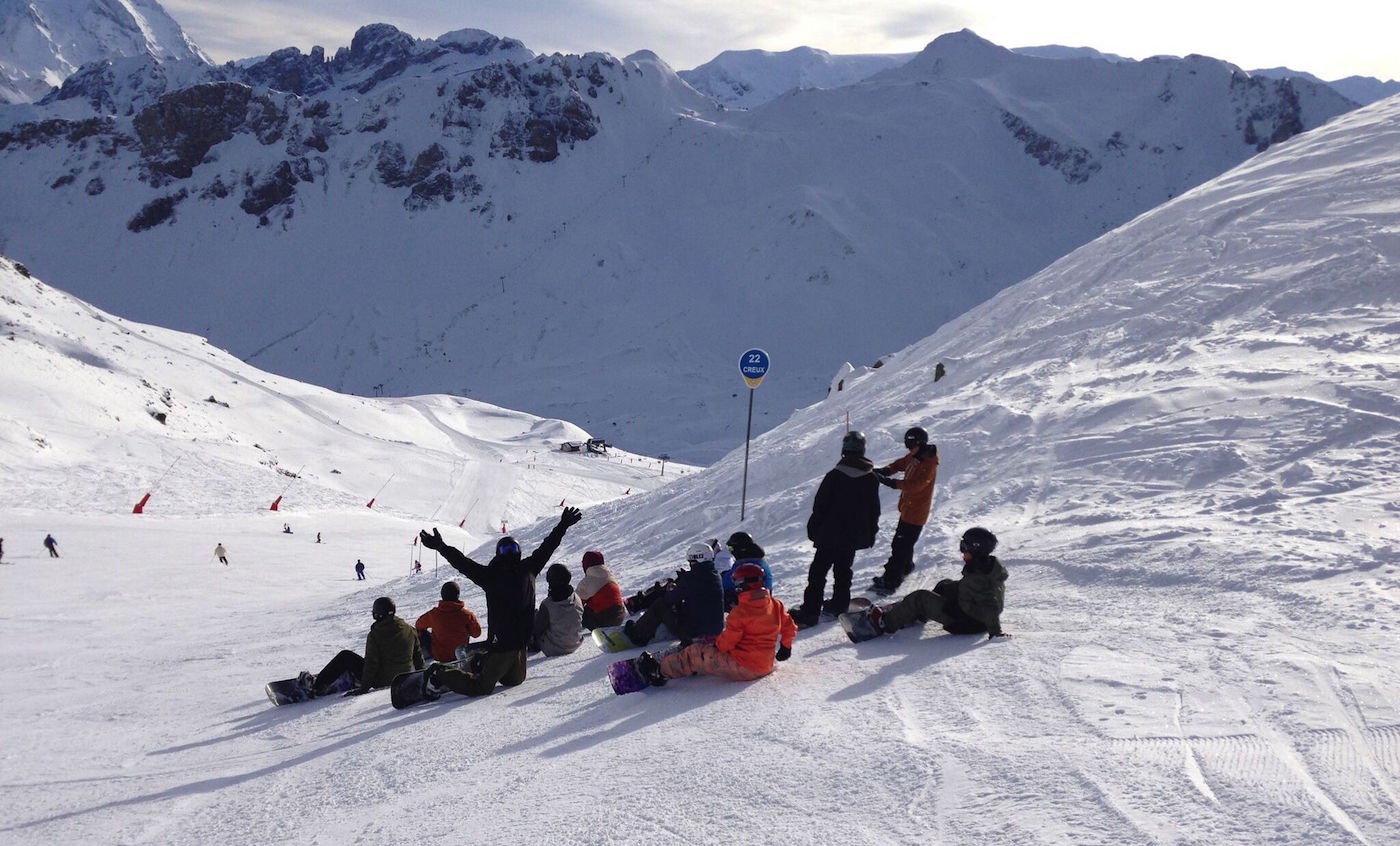 Europe has some of the world’s greatest pistes, resorts and après scenes. Salaries can also be high, so it’s no wonder that a lot of instructors want to work in Europe.

For those of you wondering how it can be achieved, SnowSkool breaks the path to a career in Europe down into steps:

How to become a snowboard instructor in Europe:

SnowSkool has three snowboard instructor courses with three different qualifications, all of them will allow you to work globally: CSIA, BASI and NZSIA.

You can gain your BASI Level 2 in The Three Valleys in France, your CSIA Level 2 in Banff or Big White in Canada - or your NZSIA Level 2 in Cardrona, New Zealand. However, there are a couple of countries in Europe where the requirements are different, the key ones to consider are:

All the qualifications we offer on our courses allow you to work throughout Europe and the world within other ISIA recognised countries. So, ultimately, go for the one that suits you best but if working in Europe is your primary target, then consider a European certification such as BASI.

Snowboarding is getting bigger each year, with lots of younger people starting snowboarding as a first sport instead of skiing - or switching at a later date to snowboarding. But while this article is about how to work as a snowboard instructor, skiing is still the larger of the two sports and in more demand within ski schools.

This means that there is always a larger opening within ski schools for ski instructors than snowboard instructors (for now).

You can gain work as a snowboard instructor in Europe without also being a ski instructor. However, it is better to build your CV and qualifications up to make you as attractive to employers as possible. Ski schools looking to hire snowboard instructors can benefit from hiring a dual qualified instructor, which is worth more to them. This in turn, means more £££ to be made from instructing both ski and snowboard.

Side note: If you wish to progress to Level 3 then you need to become dual qualified with a ski instructor qualification anyway, so why not start building this in to your CV and winter experience as soon as you can?

It may seem like a pain but learning another language is something trainee instructors should take seriously if working in Europe is a goal.

This isn’t a necessity. The main resorts in countries like Austria, Switzerland, Spain and Italy do hire English-only speaking instructors because English is the lingua-franca of the world. But the more languages you have a working proficiency in (conversational or not-so-conversational) the more employable you’ll be.

In Europe, a lot of languages can be spoken on the slopes. If you know only English, then you can only teach those that understand English.

Your career can stand a better chance of advancing beyond Level 2 with a second language, too. A second language proficiency is a must have in order to achieve Level 3 and above - and work in France.

Next, working holiday visa. Understandably, many resorts and snowboard schools will not even consider your application unless you have this arranged.

The work visa application isn’t consistent across Europe and differs from country to country. The requirements can also be different depending on the country you’re from. We advise you to check the immigration page of the country you’d like to work in although it’s generally a lot easier if you’re under 35-years-old.

Switzerland is a special case because it’s not in the EU and the restrictions are tighter. To find out more about the requirements for your country, please see here.

For those who are citizens of the EU (including those in the UK, still) no visa’s needed. Even in Switzerland there are few restrictions because Switzerland is in the single market and freedom of movement from the EU still applies.

Time to apply for a job. But apply to as many places as you can to get as many interviews as possible. You’ll stand a better chance of getting a job this way.

If this is your first job, or your first time coming to Europe, then don’t be too picky. Apply to your ideal resorts but apply to those that aren’t so prestigious too. Once have more experience you can always move and it’s good to have a backup plan.

After a successful application then you’ll be onto the final step – an interview. In some cases, you might have to turn up to a face-to-face interview, or even teach a mock lesson. Go to these if you realistically can – turning up in person can be a great way to get beyond other applicants and finalize a job.

In a lot of cases though it’s still enough to have a confirmed work visa (or have had a discussion over potential sponsorship) and a successful phone interview. And if you get through, then, that’s it – well done, you can now work as snowboard instructor in Europe!

> Here is a link to our ski instructor courses, if you want to start the duel snowsport instructor idea

> See our article on snowboard instructor salaries to see how Europe compares to the rest of the world when it comes to pay.