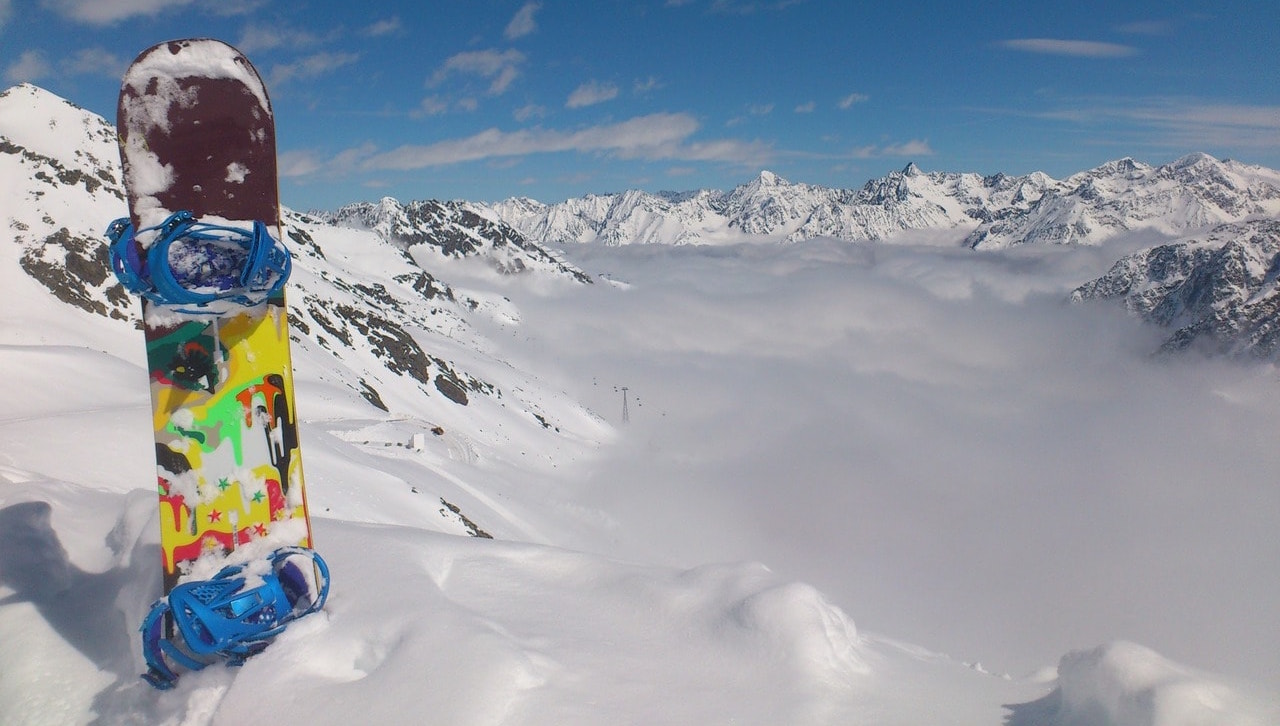 First things first, know what to expect before you head out off-piste. Look at the weather and snow report for where you are going and make sure you have a good idea of what to expect on the day of your trip. How’s the visibility? What’s the weather like? How much snow has fallen?

All these elements are crucial to whether you can ride off-piste safely. Ideally, you'd be looking for high visibility, low wind and a temperature that's not going to produce too much ice.

This is probably the most important point. Have you read and understood the Avalanche Report?

And before that, learn how to read avalanche reports and know what each of the the ratings on the international 5-point scale mean so you can avoid going if the conditions aren’t safe. Avalanches are the most dangerous thing when it comes to back country and off-piste riding.

Grab a buddy! I know the saying “no friends on a powder day” is thrown around a lot, but it is the opposite when you’re heading out to ride some off-piste terrain. Choose your friends carefully. You want someone who knows the terrain as well as you do and someone who has a fairly similar ability, so you can both keep up with each other in the snow.

You need to ride and work together as a team when you’re off-piste, making decisions as you go and potentially being the rescue services for each other.

If you’re heading out into the back country, let someone know that isn’t coming with you. Let them know where you’re heading and when you think you’ll be back. If something doesn’t go as planned, this person should be able to alert necessary authorities if you do get into any danger and don’t get back when you were supposed to.

If you’re heading out to the back country, you’ll need an avalanche pack! Does your pack have a transceiver, shovel and probe? Are batteries ok in your transceiver? Have you practised using your kit? Guide book, map, snacks all packed? Have you got the right kind of board and is it in good shape?

To recap, here are the critical things to bring:

Remember to practise using all of the above.

Make sure you plan a route that’s appropriate to the ability of your group. Ask: is your route appropriate in the conditions and are you likely to make the best of the snow conditions? How well do you know the terrain? What kind of terrain will you be riding (tress, steeps, bowls, bumps)?

Now that you’ve got those 5 things sorted. On to the riding. Here are a few tips that’ll help you survive in the steeps and deeps of the back country:

Keep that nose up – very important not to let the nose of your snowboard dig in. If it does, then you’ll end up performing a beautiful tomahawk! And no one wants to do that. Don’t lean back though, just put more pressure on your rear foot and keep your back leg a bit more bent until you feel your board starting to float. You’ll know you’re doing it right if you start to feel the burn in your back leg at the end of the run.

Lean into your turns – turning in the deep stuff is a lot easier than you think. Just lean over your toe or heel edge and you’ll feel the board start to glide that way in powder. If you really want to kick up some snow and get those face shots in, crouch down and bend that back leg a bit more.

Use your whole body to turn as well. As there is more snow to push around, turning takes a little more effort. You want your hips, shoulders and knees all working together to get through each turn.

Keep your speed – speed is most definitely your friend off-piste. If you’re going too slow in powder it is very likely that you will just sink and get stuck. Spot your line beforehand and keep the speed up when you’re going through.

Much like riding a bike, turning in pow is much easier the quicker you’re going.

If you fall, know how to get up – inevitably, any rider will take a tumble off-piste. Getting back up, however, can be one of the harder things about riding powder. If you do take a slam, fear not! First, make sure you’re ok, get your bearings and composure back.

Next, you’ll want to get your board underneath you and downhill, this might take a bit of rolling around but once it’s back beneath you, it’ll be worth it. Then the hardest part, getting up. You need to do this in one fluid motion. In the soft stuff, you might not be able to just push up like you can on piste so get a good base for your arms before you push yourself up. Sometimes you might have to grab your board and lever yourself up. But once you get some purchase, it’ll all be nice and easy!

Well that’s it. Follow those steps and you’ll be better armed for snowboarding off-piste. And if you’d like to show others how to snowboard better, on all sorts of terrain, then check out our snowboard instructor courses in Canada, France and New Zealand. Completing a snowboarding instructor’s course is a great way to push your ability to the next level. If snowboarding is a love of yours why not learn to instruct and spend 11 weeks out in the mountains on what is effectively a fully catered snowboarding holiday!

How to snowboard steep terrain and slopes

How to Snowboard Off-piste in Trees

How to Snowboard in Powder - Tips and Tricks