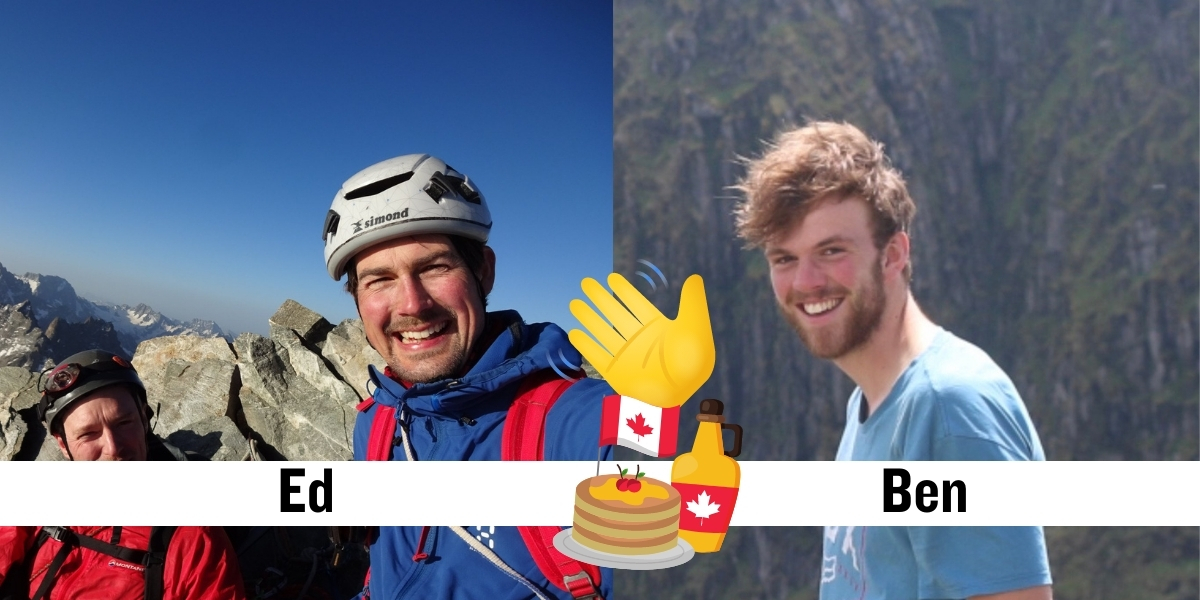 We reckon you need:

We sit in SnowSkool HQ all year planning ski and snowboard instructor courses but, on the ground in resort, it’s our Course Leaders who get stuff done.

We’re delighted to introduce Ben and Ed – our Course Leaders/Reps in Banff this season. Ben and Ed got the gig (potentially one of the best season jobs in the mountains!?) because of their enthusiasm for skiing and riding, alongside a cool head suited to wrangling 60+ SnowSkoolers let loose in Banff! 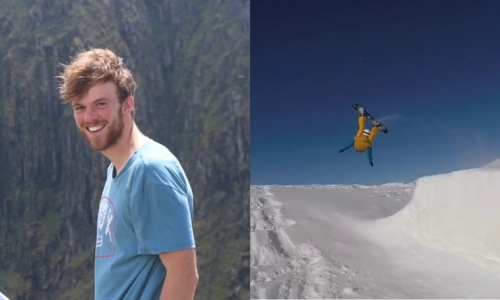 What are you most looking forward to about this season?

Did you manage to ski last season?

Unfortunately not, I had planned to work in Meribel but the resort never opened so my only time on snow last winter was an evening being towed behind a bike down the street at home #freestonegrinds

Have you done a season before?

I worked as a chalet host in Avoriaz, France and absolutely loved it! Going skiing/snowboarding with a big crew of new friends that you get really close with and will probably have for life is such a good feeling!! Unfortunately, the season got cut short by covid but it was probably one of the best jobs I’ve ever had.

During my season of chalet hosting, we would make a cake each day for the guests and it was always a bonus when they didn’t eat it, so being sat on a chairlift polishing off a tray of brownies or a full lemon drizzle or something was pretty nice.

What’s your pet-hate in a ski resort?

I don’t think I have any pet-hates but I think ‘No friends on a powder day’ is a pretty dumb concept. It’s so much more fun getting loose and having the time of your life with a load of your friends! Just wake up early, take enough snacks to skip lunch and enjoy!!

First lifts and first to fall asleep at the bar, you’ll see(!)

Do you ski or snowboard?

What do you do on a white-out day?

Get out there and get amongst the trees! There are some really nice tree runs in Sunshine which are still a lot of fun if the visibility drops.

What’s your best icebreaker on a long, quiet chairlift?

The bra tree on the angel chair at Sunshine is a pretty good icebreaker, google it or wait and see it for yourself.

Where’s your favourite place to ski or ride?

Anywhere in the Portes du Soleil in France/Switzerland. But I’m buzzing for the powder days at Sunshine in Banff.

What’s your most precious bit of ski kit?

Probably my goggles, snowboarding isn’t so much fun when you can’t see and if your goggles fog up when it gets really cold in Canada the fog can freeze to the inside of your lens! 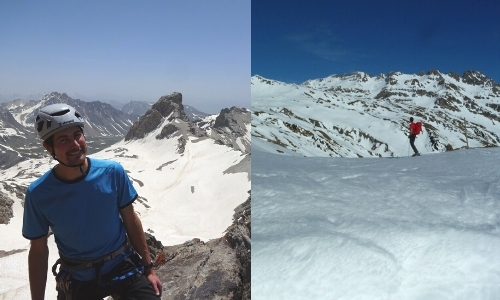 What are you most looking forward to about this season?

Everything!! But mainly I just can’t wait to be out in the mountains and the snow really. I’m a big fan of nature and the outdoors – I live in the Lake District and spend quite a lot of time in Scotland but the hills here are tiny compared with the Rockies. It’s very exciting to be swapping my local hills for some proper wilderness this winter.

Did you manage to ski last season?

No! I was lined up to spend the season in France last winter but that was cancelled for obvious reasons. Sometimes there’s enough snow in the Lakes to ski here but it’s mainly scrappy touring on a very thin base. (There is actually a small button lift on the back of Helvellyn but it’s an hour long walk bootpacking your skis to get to it!). I did however get a lot of winter climbing done as it was a pretty good season for that last year.

Have you done a season before?

It used to be a cigarette but I’ve given that up now. Can’t beat a warm, squashed pain au chocolate in the crisp morning air on the first lift of the day (especially if you missed breakfast!)

What’s your pet-hate in a ski resort?

5-year-old French kids who can ski way, way better than me. (Actually, I don’t really mind that – I do hate queue jumpers, but then I am British I suppose).

Do you ski or snowboard?

I can do both, but I’ll mainly be skiing.

What do you do on a white-out day?

I organise fun alternative activities for all you lovely SnowSkool people of course!

(After that I’ll probably go to the pool and do some laps to be honest before getting stuck in with some beers and a film).

What’s your best icebreaker on a long, quiet chairlift?

Who’s sitting next to me??

Where’s your favourite place to ski or ride?

Although the skiing is generally awful, it does feel special to do a little journey and put in a couple of turns on my local hills here in the Lakes, mainly because it’s such a fleeting opportunity. Any ski resort in the world is better from a skiing perspective!

What’s your most precious bit of ski kit?

Gloves. I get such cold hands.

COVID travel rules: How to get to a ski or snowboard instructor course in France Previous Entry
Meet the team: The Three Valleys’ Course Leader Previous Entry