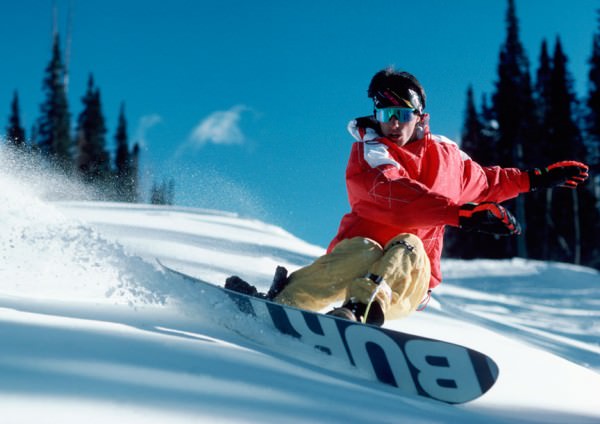 Craig Kelly should undoubtedly be considered as one of the forefathers of modern snowboarding. Tragically he lost his life back in 2003 in an avalanche whilst training to become a certified Canadian Mountain Guide in the Selkirk Mountains of British Columbia. Widely renowned as the ‘godfather of freeriding’ he paved the way for John Jacksons and Travis Rices of the modern era. Indeed Terje Håkonsen even referred to Craig Kelly as being ‘the best snowboarder of all time’. He was definitely not short of critical acclaim…

Originally a skateboarder, Craig Kelly brought his own unique style to the early snowboard competitions notching up a huge number of wins in the process. He also had one of the finest methods of all time, something that many riders struggle to emulate with as much style! Yet despite this success it was the mountain that was calling him and at the height of snowboarding’s early popularity (and to the surprise of many), he shunned multi-million dollar contracts to pursue his passion for freeriding. A strategy unheard of at the time, but nonetheless one that has paved the way for the big mountain pros of today, the closest example today  is probably that of Jake Blauvelt (check out his Naturally video series).

Craig Kelly rode for probably the two most iconic brands of early snowboarding, in the early years it was Sims Snowboards followed by a subsequent move to Burton snowboards. Craig’s impact on the latter was particularly marked with Jake Burton even quoted as saying

This may in part be due to Kelly’s background as a chemical engineer (having studied the subject at university), the technical knowledge that he brought with him allowed Burton to innovate and use new materials in snowboard construction. Developments which helped Burton to establish itself as the market leader (a position they still hold today) and shaped the snowboard industry as a whole.

It was with great sadness that the world learned of Craig Kelly’s death on January 20th 2003, but there was at least some softening of the blow in knowing that he died doing what he loved.

“Let It Ride”, a documentary film of Kelly’s life was subsequently produced as a tribute to one of the greats of the snowboarding community. It should be considered an absolute must see for anyone be they snowboarder, skier, or just a lover of life and the mountains. Check out the trailer here.

We’ll end on this quote from the man himself:

Snowboarding is just living to me, it’s not really play, it’s not work, it’s just having fun… living.