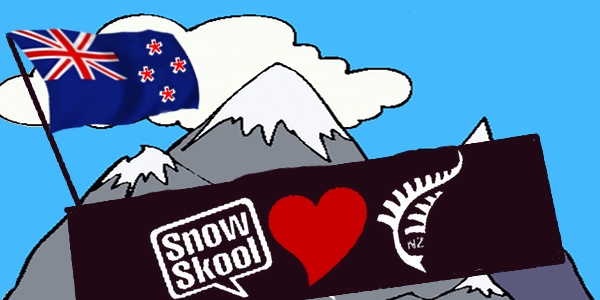 As we draw close to winter in the Southern Hemisphere and the start of our New Zealand ski and snowboard instructor courses, we thought we would give you the low down on The Land of the Long White Cloud. 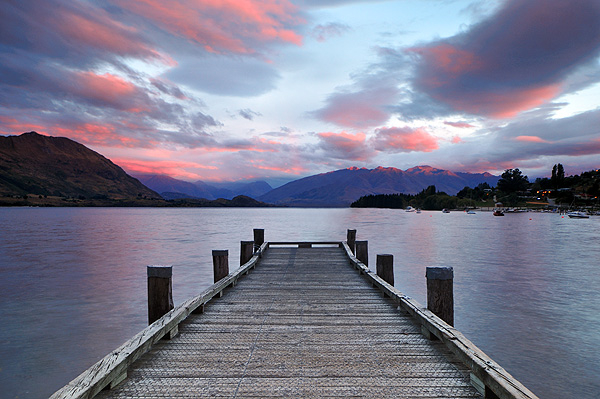 New Zealand has a population of around 4.3million people and 70 million sheep (that's 16 sheep per person!) Three quarters of the Kiwi population are descended from White Europeans and the other million or so are of Maori origin. As a country, New Zealand has two main exports, the first of which is pretty obvious, wool…boring…and the second is something you might not expect, wine! The New Zealand wine industry has an estimated value of $1.2billion (that's a lot!) and the country is becoming well thought of as a top quality producer of some of the best wines around. Most of New Zealand's wine producing happens in the north of the South Island in the wineries of Marlborough and these attract an estimated 300,000 visitors to New Zealand a year (4 times the amount of punters that Old Trafford can hold) with the offer of bicycle wine tours around the wineries, allowing visitors to get a little tipsy as they cycle around (something that becomes more difficult the further you get into the tour, take it from me…I've been!) 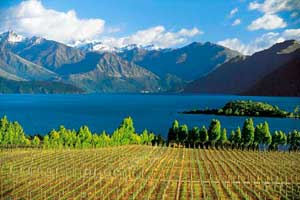 New Zealand is of course well known for one thing, no not “Flight of the Conchords”, but rugby! The All Blacks are the nation's talismen, permanent middle finger to Australia and the rest of the rugby world and are seen as more of Gods to the Kiwis than men. As holders of the current Rugby World Cup, Richie McCaw & his band of merry men are seen everywhere in NZ; on posters, adverts and TV, they even do the safety briefing on Air New Zealand flights, take that orange-faced Easy Jet Air Hostess! Rugby is not a sport in NZ, it's a part of life! 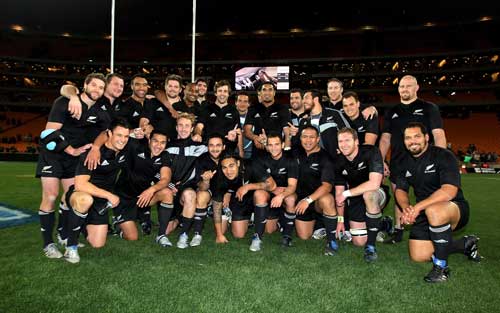 So now for the main reason why SnowSkool makes the 22,000 mile round trip to the beautiful town of Wanaka each year…to hit the slopes! Skiing & snowboarding in New Zealand is big business with around 30 ski resorts throughout the North and South Islands drawing an average of 1.2 million visits a year, the biggest and most popular of which are the Queenstown Lakes’ areas and the club fields. The club field resorts are located across New Zealand's South Island and offer a cheaper way of skiing to club members. Members of the public are welcome to ski the club fields but members get discounted prices in exchange for a membership fee and a few days of volunteering to help maintain the ski areas. The Queenstown Lakes area is located between the towns of Queenstown and Wanaka and is a mecca for adrenaline sport enthusiasts from every corner of the globe. Aside from sky diving, bungy jumping, canyon swinging, jet boat rides, luge tracks and a nightlife that would keep Prince Harry happy, the area boasts 6 ski resorts; Snow Farm, Snow Park NZ, Treble Cone, Cardrona, Remarkables and Coronet Peak. The most popular are the Remarkables and Coronet Peak driven by the NZSki marketing machine but, to many, the best place to ski on the South Island has to be Treble Cone, or TC to its faithful visitors who come back year on year.

TC is a 40 minute drive from the centre of town and has one of the most beautiful commutes in the world along the shores of the famous Lake Wanaka. The ski area of Treble Cone (so called because of its 3 'cone' shaped peaks that make up the skiable terrain) is split into two basins; Saddle Basin and Main Basin, and has access to only 2 chair lifts that service the whole resort. Billed as one of the most advanced ski areas you can find – 45% of the terrain is classed as expert, 45% as intermediate and only 10% as beginner - there is sufficient terrain to keep the best skiers and riders entertained in the Saddle Basin, whilst beginners can take it easy on the nursery slope and Easy Rider runs of the Main Basin. The adrenaline rush that skiing or snowboarding at TC gives visitors is enough to keep people coming back year after year from Japan, the USA, Canada and Europe and has been a favourite for locals for decades. It is also the southern winter training ground for the Austrian and Norwegian Olympic ski teams! 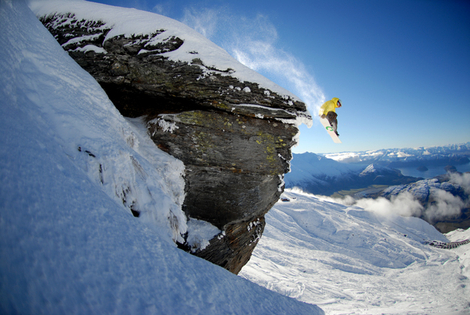 But more impressively than that, Treble Cone is also the home of SnowSkool New Zealand’s ski and snowboard instructor training courses which take place throughout July, August and September. Chosen for its difficult terrain that separates the women from the girls, TC breeds the best skiers and snowboarders and makes sure that they are up to scratch.

Other than the winter sports industry, wine, sheep and a game played by men with oddly shaped balls, we should mention one more important thing about Aotearoa (the Maori word for their homeland) and that is the scenery. Used as Middle Earth in The Lord of the Rings films and also in countless other Hollywood Blockbusters, New Zealand has some of the most jaw-dropping, wide-eyed scenery that you will ever see. Milford Sound on the south-west coast of the South Island draws visitors all year round for boat trips out towards the Tasman Sea to view the waterfalls and forests that are untouched by man. New Zealand is one of the only places on Earth that you can visit rainforests, glaciers, mountains and beaches all on the same day!

If you want adrenaline, scenery, sport, snow, wine and erm, sheep, New Zealand is the place to go!